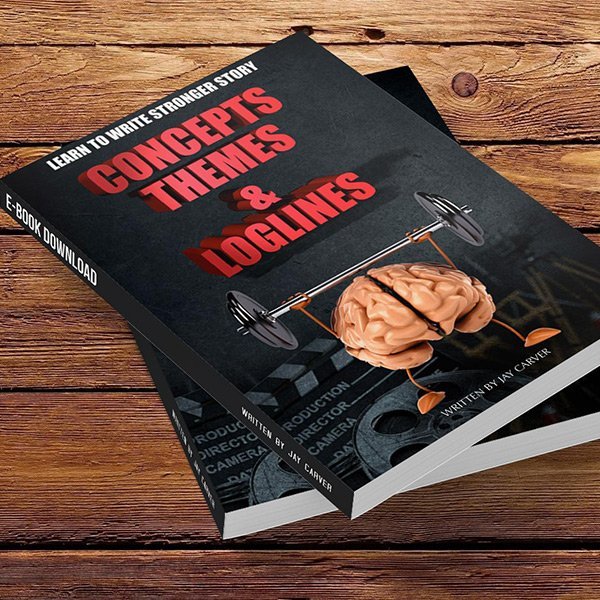 Download this eBook to strengthen your knowledge of writing stronger story concepts, creating powerful loglines and defining your story’s theme.

There’s a saying that “Concept is King”. I tend to agree with this. Think about it. The concept of your story is the overall idea at its most basic core. It’s what makes us want to read your book, screenplay or see your movie after millions of dollars has been spent on developing it.

You‘ve probably read a book or screenplay that was well written with lots of clever wordplay, but when’s the last time you have heard anyone excited about a mediocre concept? For me, concept is king, but execution is just as important. After all, what good is a cool idea if the author can’t tell the story in the best way it could possibly be told?

Imagine if the movie “Karate Kid” was just a movie about a boy learning karate and receiving a black belt at the end to make his single mother proud. What if “The Godfather” was just about an old mob boss who ran his organization with an iron fist then just died at the end of the movie. How would that be any different from the thousands of mob flicks we’ve never even heard of with forgettable plots? These are concepts you most likely would forget an hour after watching them on the big screen.

That’s why it’s important to get a good grasp on what a strong concept is as well as how a great theme can enhance your story. Once you have that down you can use your strongest logline to help sell your script or novel to Hollywood or that big publishing company you have your eye on. In this book, we will focus on how to make your concepts, themes and loglines stronger.

There are no reviews yet.

Only logged in customers who have purchased this product may leave a review.