What Are Examples of Story Conflict?

What Is The Purpose Of Story Conflict?

There’s one thing all of your favorite movies, books and television shows have in common and that is character and story conflict. By definition, story conflict is just the struggle between two opposing forces. Now, as simple as that may sound, you would be surprised how often writers forget this crucial ingredient when they’re telling their story.

So today we’re going to go over some examples of what good story conflict looks like, the different types and several ways you can create it.

Before we dive into what each type of conflict means, I want to make something clear first. When you think of conflict don’t think that it always needs to be over the top in order to be effective. For example, a massive fist fight in public, some type of physical confrontation or even a ridiculous attempt to overthrow the government.

Keep in mind that you always want to provide some type of purpose with your conflict and you want it to be attributed to your character’s development in some kind of way.

What are examples of story conflict?

Now, let’s talk about what types of conflict you can use to move your story forward.

You’ll notice that each type of conflict I just named falls into two categories and that is either internal or external conflict.

This is when your character struggles with something within themselves. It can be a belief or some type of desire. In the movie Fight Club, the main character played by Ed Norton struggles with a life of extreme boredom.

Everything in his life is so routine it is literally driving him insane. He has been on cruise control for so long in his life, he doesn’t know how to go after his main need — which is living his life with purpose and being fulfilled. 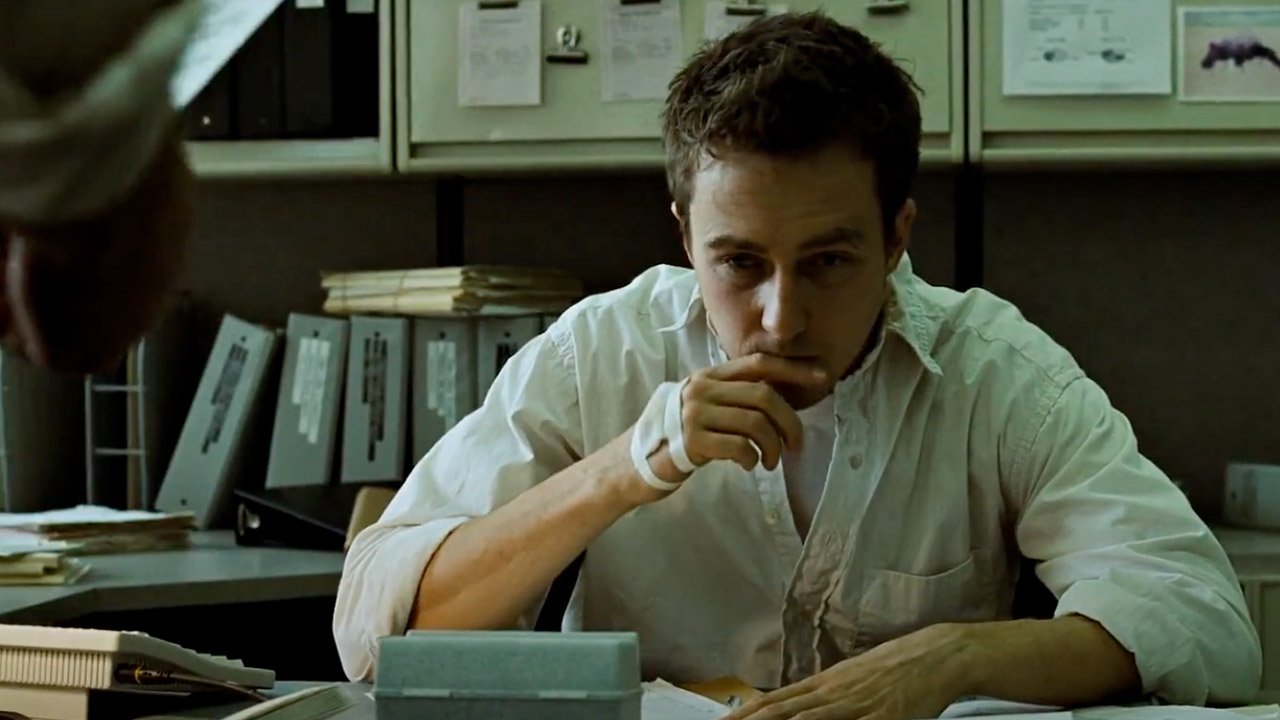 Of course that all changes with the inciting incident when he meets another character named Tyler Durden played by Brad Pitt.

External conflict is something or someone standing in the way of your character’s needs or goals. This is going to be some form of external force that creates tension throughout the story.

An easy example for this could be how Marty McFly in the movie Back to the Future is constantly bumping heads with the high school bully named Biff. Marty has a pretty straight forward goal: after a time traveling experiment goes awry, he ends up in the 1950’s, inadvertently screws up his fate by being there and his goal is to make sure his mom and dad fall in love, otherwise he will cease to exist.

The constant external conflict and tension rises as Biff constantly punks Marty’s dad and physically harasses his mother in high school to the point where his dad decides to not even ask Marty’s mother out on a date. 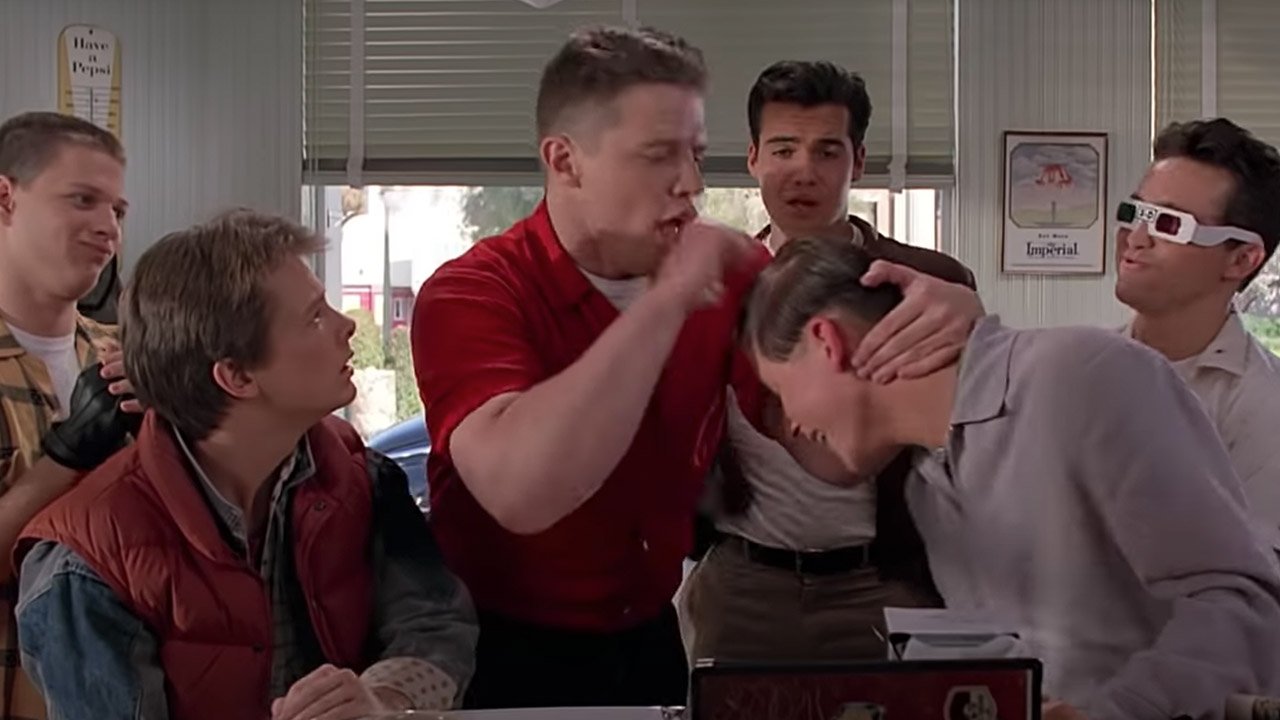 The examples we just covered when discussing internal and external conflict covers two of the six types of conflict we are covering today. Character vs. Self and Character vs. Character.

Next we’re going to cover Character vs. Society. Now, keep in mind that societies are made up of people so in essence this one is sort of like Character vs. Character(s) in a way. I’ve dumbed it down a bit, but bare with me. 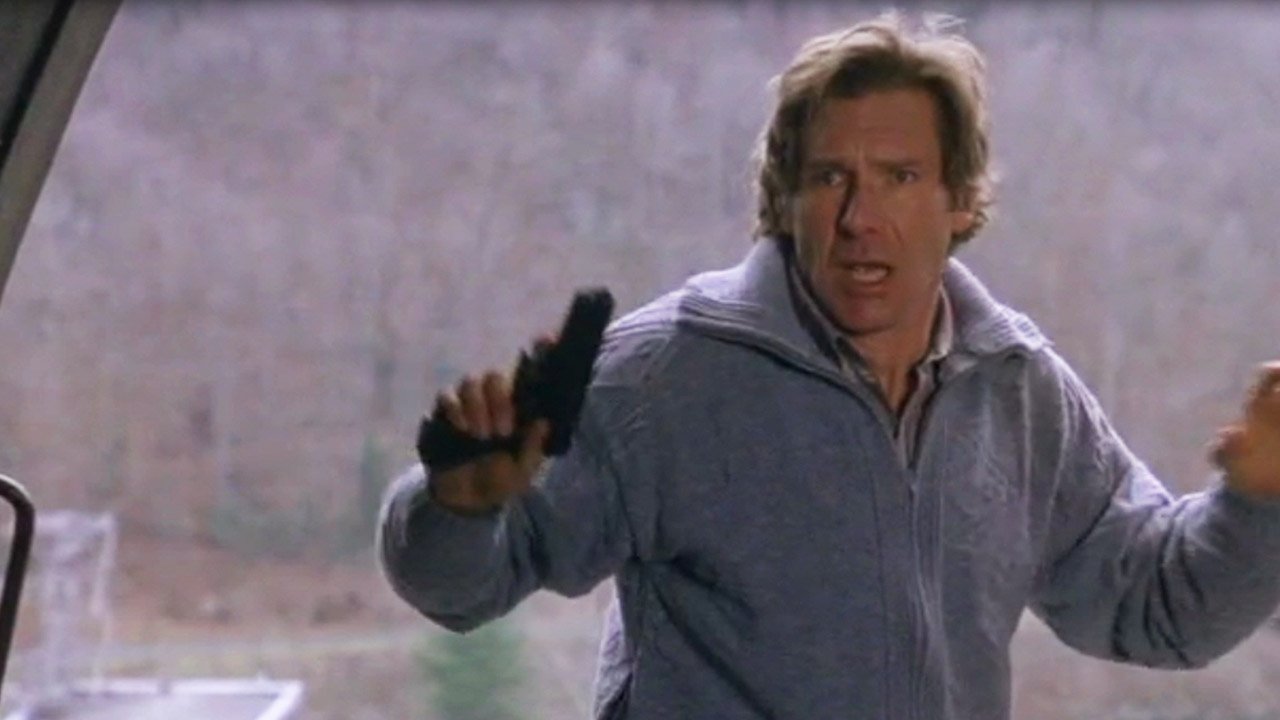 Harrison Ford played doctor Richard Kimble, a man who escapes from the law in an attempt to find his wife’s killer and clear his name. There’s a massive manhunt going on to bring him in and being led by U.S. marshals hellbent on his capture.

Richard Kimble is by all means a law abiding citizen, by that same law that was put in place by society to protect him could get him a life sentence or the death penalty in this particular scenario so he takes matters into his own hands.

Some additional examples would be movies like V for Vendetta, The Hunger Games and John Q starring Denzel Washington. All three of these movies are good examples of where the protagonist takes matters into their own hands and goes toe to toe with society in some way.

Man vs Supernatural is something we typically find in horror and sci-fi movies. This one is pretty straight forward. A good example of this would be The Shining by Stanley Kubrick based on the Stephen King novel.

The story is based on a character named Jack Torrence, an aspiring writer who visits an isolated historic hotel called the Overlook Hotel with his wife and son who is gifted with psychic abilities called “The Shining”. During their visit, a bunch of unexplained events take place and Jack loses his mind.

There’s a difference in the execution between the novel and the movie. In the book, the protagonist is in the Overlook Hotel and it is the hotel itself that is haunted. There’s ghosts and other haunted things that are apparent to anyone with eyes, but in the movie we are under the impression that all the creepy things happening is just part of his descent into madness. 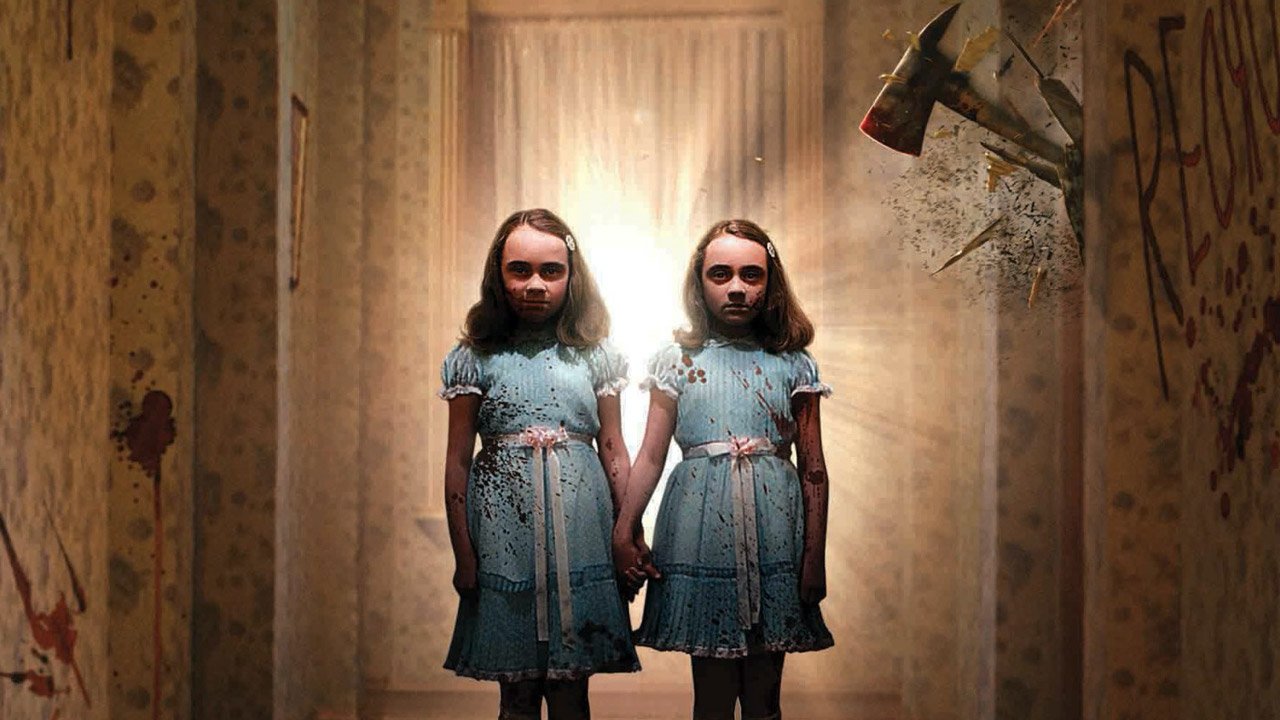 Overall, both story versions fit into the man vs supernatural category because Jack’s struggle is with the hotel and unexplained events as well as his sanity.

Man vs Technology is the type of conflict we see in movies like The Terminator, the movie Her, Minority Report, Christine, I-Robot, Ex Machina, Chappie, Robo Cop or a movie like Interstellar

A few things to keep in mind when using man vs technology conflict. Make sure you actually understand the technology you’re writing about. Educate yourself on the technology that actually exists and what may be in the works.

Ask yourself how this technology fits into the lives of your characters. In the movie I-Robot Will Smith plays a technophobic cop who investigates a crime that might have been committed by a robot. The premise alone gives us an idea of the conflict that lies ahead. 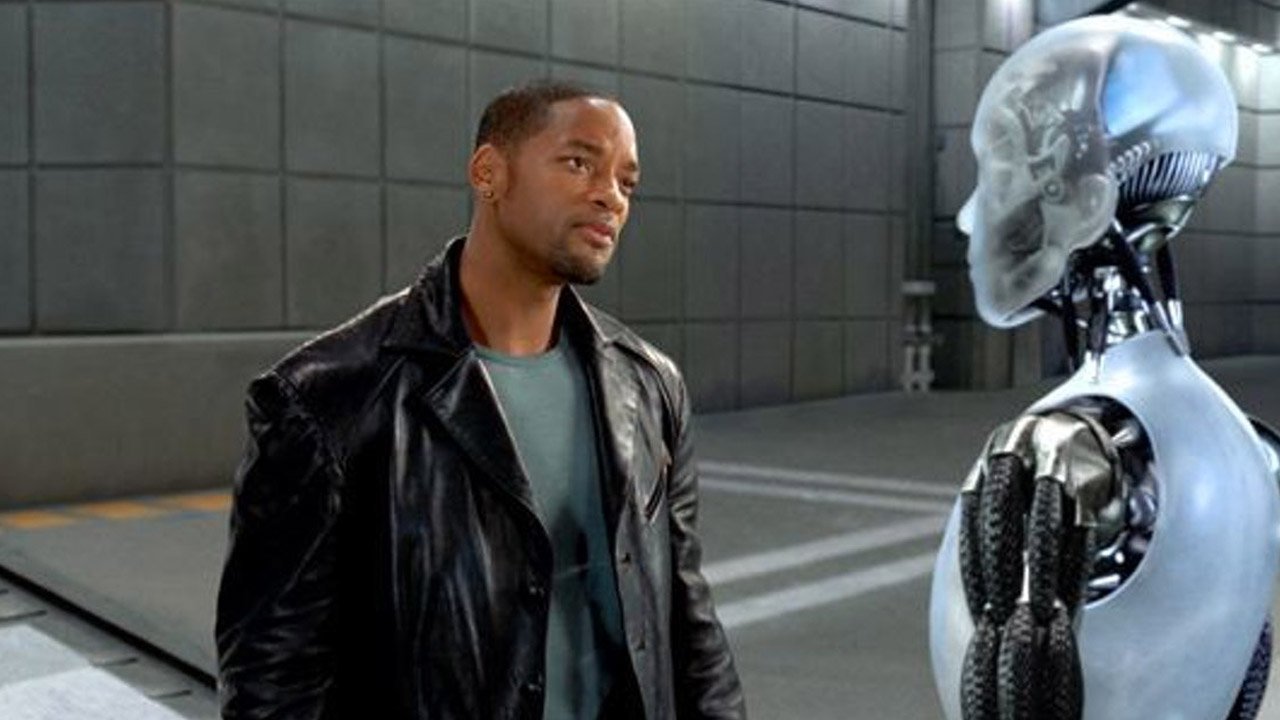 When we explore man vs nature we find that our protagonists often face elements of nature that are completely out of their control. The protagonist either struggles to solve, survive or overcome that conflict in order to gain control back in their life.

Some good examples of this are movies like The Day After Tomorrow, Cast Away, 127 Hours, The Life of Pi, The Grey or The Martian starring Mat Damon.

Keep this mind when writing conflict

Overall, if you’re having trouble  writing your story or you’re stuck in some type of way, make sure the conflict between your characters and their goals are compelling. You can’t move a story forward effectively without conflict. Regardless of the genre, always remember that conflict is the soul of the story.

Without conflict, your characters are just going through their everyday lives where only the most uninteresting events are being highlighted.